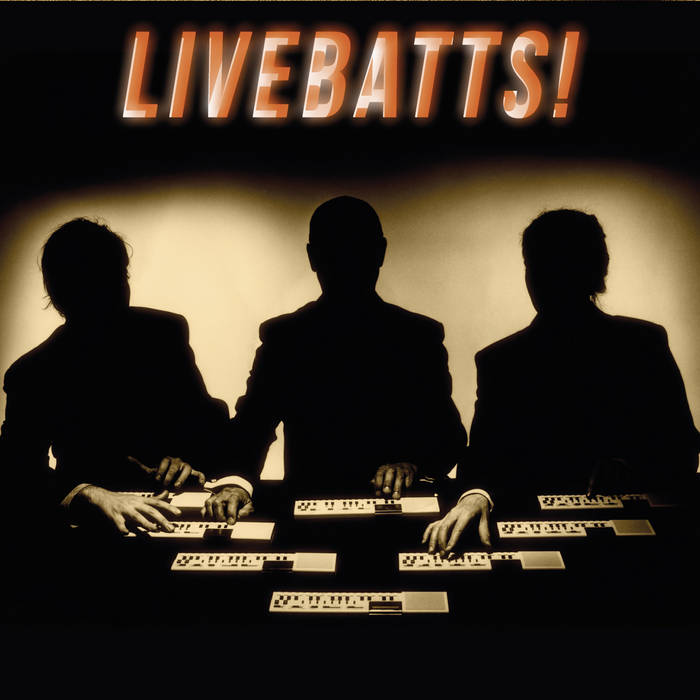 LIVEBATTS! is the result of the eclectic approach to music and sound of John White, the experimental composer better known for his early work with Cornelius Cardew and the Scratch Orchestra and for his formidable output of piano sonatas (now counting almost to 200).
Everything started out from his passion for those cheap battery driven keyboards which appeared on the market of musical instruments in the 80s. Much more similar to toys than to proper instruments, these did interested so much Mr. White that he decided to create a group playfully dedicated to a kind of new music specifically made for them.
In this recording, which happened sometimes in the mid nineties, we find what would become the LIVEBATTS! consolidated line up (came after the first incarnation formed by White and another experimental music champion as Christopher Hobbs): John White on battery driven keyboards and toys, MJ Coldiron on vocals, mostly spoken, and extra keyboard parts, and Andrea Rocca on electric guitar and samples.
Their often playful pieces reflect John White’s interest in systems-based music and his love for the pioneers of electronic pop such as Kraftwerk, MJ Coldiron’s grounding in theatre and anthropology and Andrea Rocca’s background in plunderphonics and noise rock.
It can be difficult to describe the mix of styles and approaches that distinguishes these pieces, but, if you search well, here you can find: pillars of Composition, bones of Experimentation, tons of low budget Sound Effects, beams of System Music, coats of Improvisation, pages of Pataphysics and... massive doses of Humor.
We are sure you will enjoy it!!!