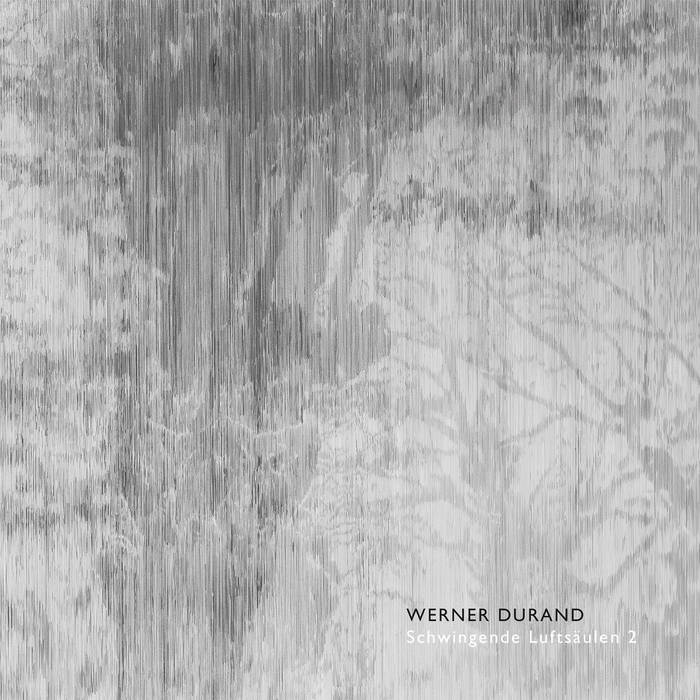 Werner Durand "Schwingende Luftsäulen 2" (CD), the second chapter dedicated to Durand's music applied to the Pan-Ney, the wind instrument of his own invention.
With gorgeous artworks by Karlheinz Bux (www.karlheinzbux.de) and extensive liner notes by Adelio Fusé.

From the liner notes:
"Schwingende Luftsäulen 2 is the second chapter of a trilogy featuring the Pan-Ney with its tubes or columns of vibrating air (Schwingende Luftsäulen, in fact). This second chapter, in which the Pan-Ney is flanked by the tenor sax, reconnects where the first one ends (ANTS, 2017), and proceeds along a path that is coherent and uniform, and whose imaginative ideas go beyond the strictly musical sphere.
(...)
Wald (forest) is the centerpiece of the three works that make up Schwingende Luftsäulen 2. It is the forest with its multiple meanings, real and symbolic, mythological, religious, literary, folkloric. The forest as a place that is sacred or magical, dreamlike or fairy-tale. A place of adventure and misadventure, to trek through with a view toward growth or rebirth.
(...)
In Spiegel (Mirror), dedicated to the Tonaliens Ensemble, the Pan-Ney and the tenor saxophone weave a layered dialogue in which they call and respond to each other. Not only. In their ‘mirroring conversation' the two instruments seem to suggest a choreography. Durand's music stands out for its ability to make some 'scenes' visible. In the dance evoked in Spiegel the gestures - and perhaps even the bodies - appear suspended and rarefied, just as the music is suspended and rarefied, while, during listening, time expands beyond the duration of the piece. Music and dance remain there, in midair, even at the end of the ritual.
(...)
Panga, for Pan-Ney, tenor sax and digital delay, contains an allusion to nature. Panga (note the morpheme “pan”, which refers to Durand’s instrument) is the name of a plant that grows in New Zealand but that occurs in the botany of other areas of the planet (for example, in the Amazon) in connection with ancient practices both pharmacological and aphrodisiac. But the plant could easily belong to a manual of imaginary botany, if one thinks that nature, for Durand, is both a source of real inspiration and a place to reinvent according to subjective visions and coordinates."